The 12th edition of the "Asiatica Film Mediale", directed by Italo Spinelli, took place in Rome, from October 12 to 22. Due to budget restrictions (in the unfavourable context of the lasting European crisis...), the venue moved from the historical center of Rome and the old Capranica theater to the brand new MACRO (Museum of Contemporary Arts in Rome), in the Testaccio area, with two theaters instead of one, but smaller...   As usual, the general level of the selection was rather good, showing nine fiction films in competition, as well as nine documentaries, with different juries.Several other films from Asia were also shown, including an intriguing program of four Japanese  "Kaidan" (Ghosts) horror classics, produced by NHK TV, the best of which was certainly The Arm, a beautiful surrealistic tale by Masayuki Ochiai.   The international jury (composed of Aruna Vasudev, Laurice Guillen from Cinemalaya, Irene Bignardi, famous director Marco Bellocchio, and Carlo Macchitella) awarded its main prize to the gripping and rigorous Iranian film GOODBYE, by Mohammad Rasoulof (who was to go back to Tehran, and most probably put in jail by the Islamic authorities...), with a mention to the latest film by Chinese director Wang Xioashuai, 11 flowers, a masterly told story of youth and crime during the Cultural Revolution.  And the Netpac Jury (Mara Matta, Nick Deocampo, Max Tessier) gave its prize to the other Iranian film in competition, Daughter...Father... Daughter, by Panahrbakhoda Rezaee, a stunningly photographed film-poem in black and white.  The main award for a documentary went to the Mongolian filmPassion, by Byamba Sakhya.

Among the many other events were a master-class by world famous Taiwanese D.O.P. Mark Lee (who worked for Hou Hsiao Hsien and Wong Kar Wai, among other directors), and a special screening of the latest film by Bengali director Goutam Ghose, The Quest (Moner manush), a beautiful poetic fable shot in Bangladesh, which was a hit in Bengal.    It's only a pity that several technical incidents and delays (notably for the closing ceremony, because of a technical incident which lasted...one hour) somehow marred the festival, as well as quite regrettable flaws in the organization and mainly for information, even for the juries. This MUST BE improved for the next editions, regardless of the budget problems, in a positive Italian style. Grazie!    Report by Max Tessier 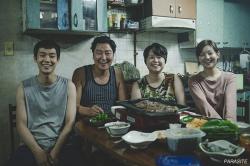