The 15th Cinemalaya Philippine Independent Film Festival (2 to 13 August, 2019) started its landmark edition with Lav Diaz’s 276 minutes film Ang Huap (The Halt) reiterating its belief “that cinema could enliven malay (consciousness) by telling stories in a free and independent manner – malaya”. And ‘freedom of expression’ was the spirit of the 10 features and 10 shorts in Competition, carefully selected by Mel Chonglo, Chairman of the Competition and Monitoring Committee. The films gave a very good insight into the contemporary scenario in the Philippines both socially and politically – pitfalls of social media resulting in victimisation in John Denver Trending and F#@Bois; pathetic condition of public health and coming of age in Edward; Iska a grandmother’s struggle in looking after her autistic grandson in a pathetic poverty stricken environment; looking at life from a women’s point of view in Belle Douleur and Malamaya; migration to improve financial condition - and this time it is a midwife - in the thriller Pandanggo sa Hukay;  innocence and coming of age - well-acted by an ensemble cast of four - set in the stunningly beautiful Quirino province was Children of the River; Tabon, a murder mystery and the science fiction film Ani (The Harvest).

The short films, too, were poignant and addressed many social issues: oppression of gays in Kuntrolado Ni Girly Ang Buhay N’ya (Girly is in Control of His life); trauma of soldiers post war in Gatilyo (Trigger). It was heart wrenching to see a little brother leave his older sibling and mother in the village to be educated by a relative in the city in Sa Among Agwat (In Between Spaces) or two siblings struggling on their own in a city, coping with housework and studies in Disconnection Notice; and there was a fun film, Heist School, to mention a few.

Each film in Competition was presented at a Gala event with the entire cast and crew; this in my opinion is a wonderful practice as each person who had worked tirelessly in the making of the film enjoyed being introduced. For some films the entire stage would be full. 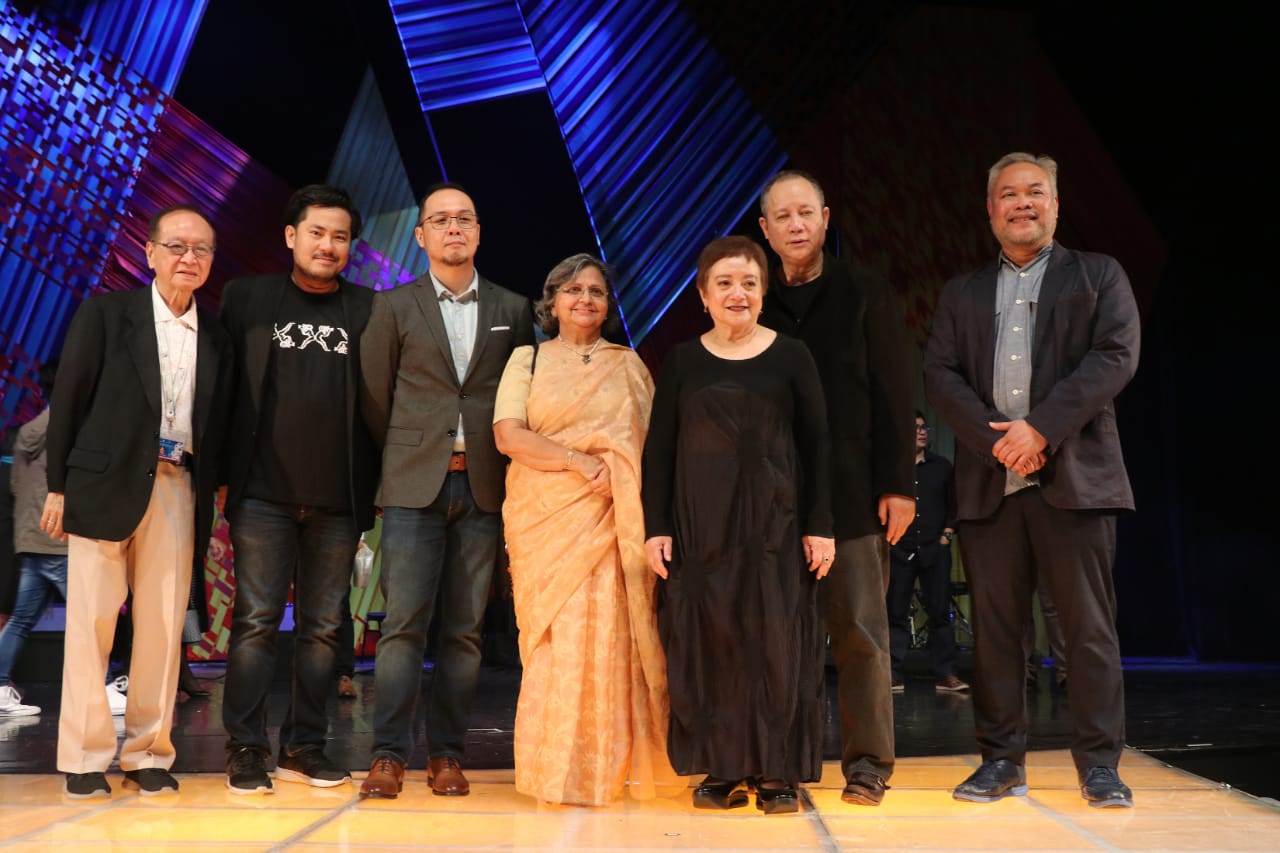 The growth in audience participation, comprising all ages, but mainly the youth, was astounding. The Cultural Center of the Philippines (CCP) the official venue of Cinemalaya was jam packed with people  who braved intense showers for the entire duration of the festival. In fact Cinemalaya is associated with heavy rain.

In 2005, renowned actress and director Laurice Guillen who, together with Antonio Cojunagco, owner of Dream Satellite, and Nestor Jardin the then President of the Cultural Center of the Philippines (CCP) started Cinemalaya “to help develop and support the production of cinematic works of Filipino independent filmmakers that boldly articulate and freely interpret the Filipino experience”. That was the beginning of a wonderful partnership of Cinemalaya Foundation and the Cultural Center of the Philippines which they have not only sustained for 15 years but together have created an amazing fraternity of 145 filmmakers and taken Cinemalaya to such great heights! It is wonderful to see Laurice Guillen, President Cinemalaya and Antonio O Cojunagco, Chairman Cinemalaya actively involved in their brainchild.

The meticulous planning and execution of Cinemalaya Film Festival is by Chris B. Millado, Cinemalaya Festival Director and CCP Vice President and Teresa S. Rances Deputy Festival Director, and their marvellous team.  It is a beautifully orchestrated event from the beginning to the end. Both the inauguration and award ceremonies were exquisitely conducted, interspersed with music and dance. The Awards Night theme was appropriately named ‘Looking Back, Coming Home’.

(ii) Special Mention: In Between Spaces (Sa Among Agwat) (Philippines/ Visayan with English subtitles/ Digital/8:30 mts/2019/ Colour) Directed by - Don Senoc (Philippines) Citation: “for its sensitive portrayal of love and caring between siblings, showing their heart-wrenching separation caused by the pathetic social and financial conditions”

Citation: “for an unflinching look at mob mentality in the digital age and convincingly taking us through the psychological anguish of a victim of cyber bullying”

It is with great sadness that we inform you of the demise of our senior NETPAC member, Prof SUN Shaoyi (孙绍谊) on 13th Aug 2019. Born in 1961, Prof. SUN Shaoyi did a Masters and a Ph.D from the University of Southern California (USC). He was Professor of Film and Media Studies at Shanghai Theater Academy (STA), taught Chinese film and literature at USC, University of California at Irvine, National Chung Hsing University (Taiwan), Shanghai University and New York University in Shanghai. Read More...